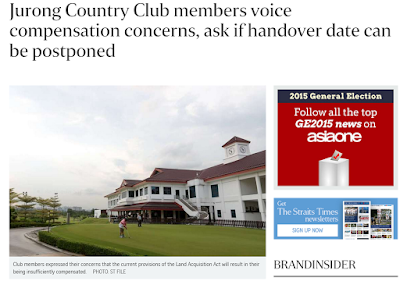 SINGAPORE - Members of Jurong Country Club (JCC) are concerned that current provisions of the Land Acquisition Act may lead them to being insufficiently compensated.