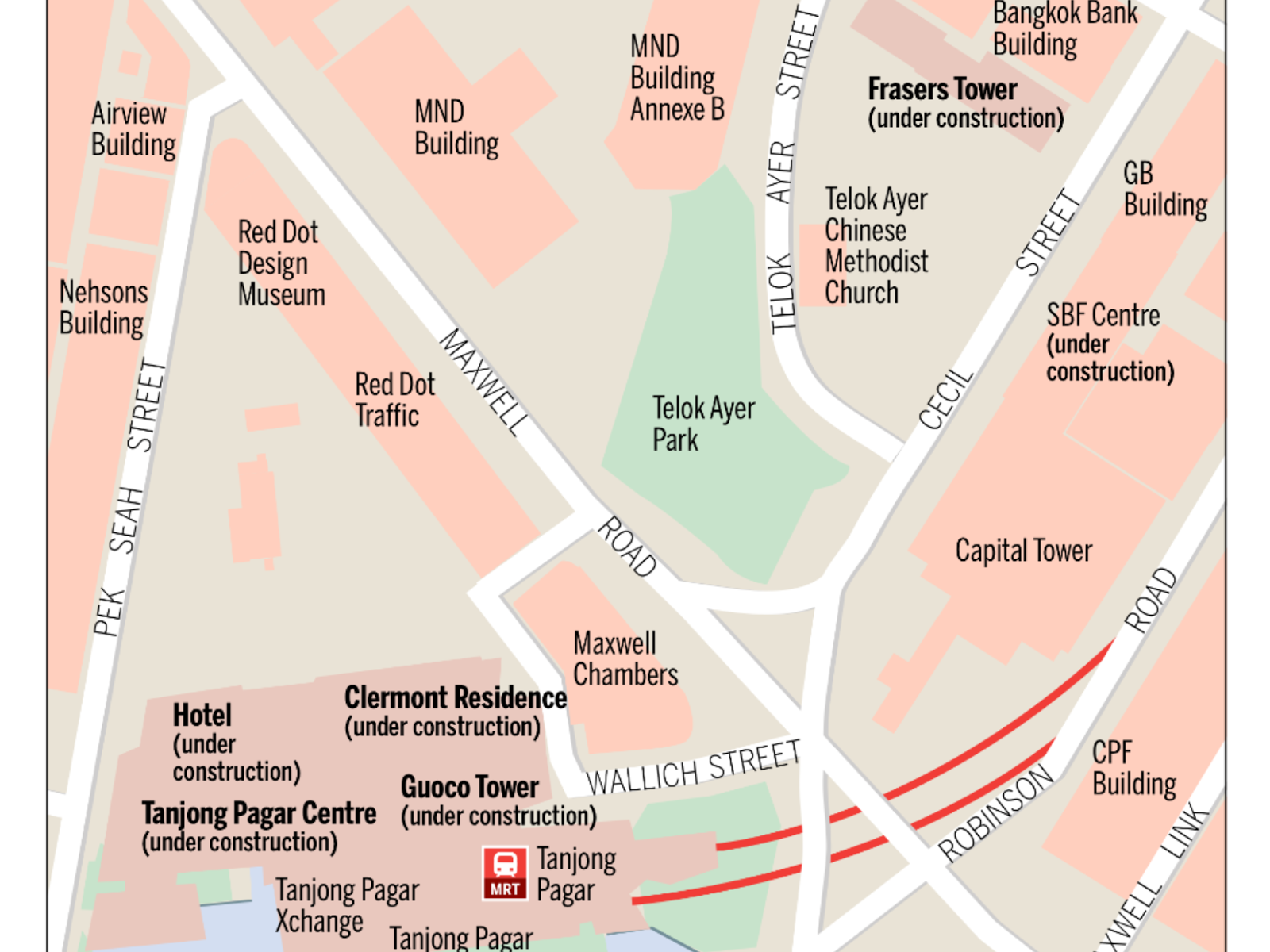 Plans for a commercial tower in the central business district were unveiled yesterday.
The tower is one of a string of new office developments slated for completion over the next three years.
Frasers Tower in Cecil Street will add 690,000 sq ft of net lettable area to the commercial leasing market when completed in 2018.
The 38-storey project being developed by Frasers Centrepoint is near the Tanjong Pagar MRT station and will be within walking distance of the upcoming Telok Ayer and Shenton Way MRT stations, the company said.
It will comprise a 664,000 sq ft office building and an adjoining 24,000 sq ft retail podium. Both will be set within a 17,200 sq ft park.
Frasers Centrepoint snapped up the 99-year leasehold commercial site, which cannot be strata-subdivided for sale, in August 2013 for $924 million – or $1,112 per sq ft (psf) per plot ratio (ppr).
Frasers Tower’s office floors, which span 19,000 to 21,000 sq ft, are expected to draw firms primarily from the insurance, technology, maritime and energy sectors, said the firm. All floors will have 3m-tall floor-to-ceiling windows.
There will also be a roof garden and open terrace.
CBRE and JLL are the marketing agents and leasing activity is expected to start at the end of the year.
Frasers Centrepoint chief executive said: “With employers increasingly focused on providing a more conducive workplace, we believe Frasers Tower offers a unique combination of work spaces both indoors and outdoors.”
Last month, GuocoLand Group revealed plans for its Tanjong Pagar Centre, an integrated development with hotel, residential, office and retail components.
The 1.7 million sq ft skyscraper will feature a 150,000 sq ft park at its heart and sit directly above the Tanjong Pagar MRT station.
Though a limited supply of prime office space is now pushing rents higher, that could change next year.
With the completion of Tanjong Pagar Centre, about 3.2 million sq ft of office space will flood the market as developer M+S puts its finishing touches on the DUO and Marina One mixed-use projects at the same time.
After the completion of Frasers Tower, however, a dearth of supply is expected, experts said.
Frasers Centrepoint said rents will be “in line with other premium Grade A office developments being developed at the same time”.
Monthly prime rents are now about $10.60 to $12.90 per sq ft.
18 February 2015, Wednesday


Please see and read all his related news. Related Links :