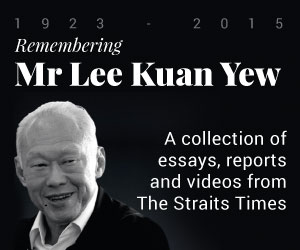 STARTING at 7am today, the queue for members of the public who want to pay their respects to the late Mr Lee Kuan Yew will start at the Padang.

There will also be a special lane at the Padang for the elderly, pregnant women, schoolchildren, families with children under six years old and those with special needs.

The organisers of the State Funeral for Mr Lee, 91, announced this in a statement last night and advised those who want to go for the lying in state at Parliament House to use public transport.

"In view of the large crowd, a long waiting time can be expected. We seek the understanding of members of the public to remain orderly and be patient, and to follow the directions of the marshals on the ground," the statement added.

At its peak yesterday, the waiting time for those in the queue was at least eight hours.

The statement said that water will be distributed to those waiting in line and updates on the queue waiting time will also continue to be provided hourly.