Land Lease's offer higher than expected, is 8.8 up from next bid. 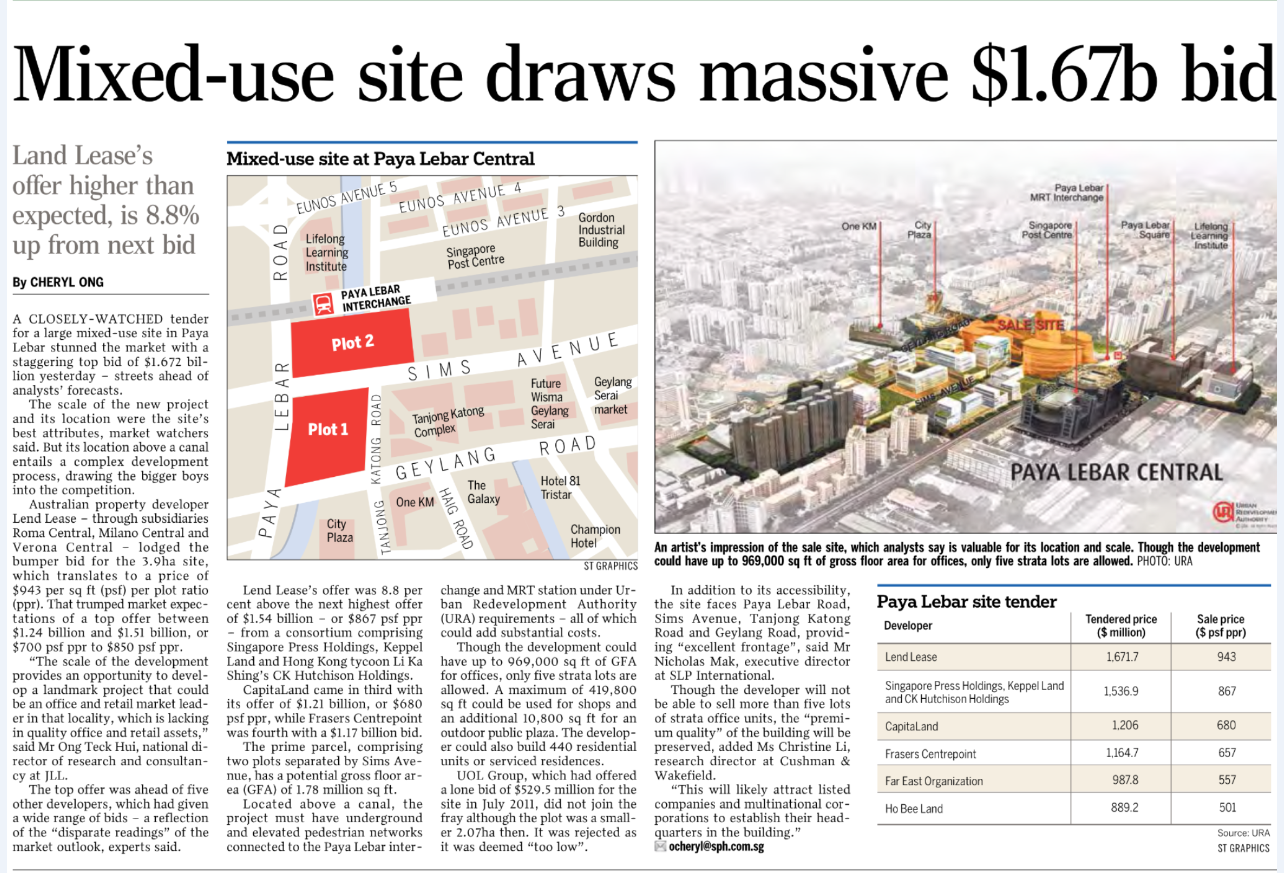 An artist's impression of the sale site, which analysts say is valuable for its location and scale. Though the development
could have up to 969,000 sq ft of gross floor area for offices, only five strata lots are allowed. -- PHOTO: URA

A CLOSELY-WATCHED tender for a large mixed-use site in Paya Lebar stunned the market with a staggering top bid of $1.672 billion yesterday - streets ahead of analysts' forecasts.

The scale of the new project and its location were the site's best attributes, market watchers said. But its location above a canal entails a complex development process, drawing the bigger boys into the competition.
Australian property developer Lend Lease - through subsidiaries Roma Central, Milano Central and Verona Central - lodged the bumper bid for the 3.9ha site, which translates to a price of $943 per sq ft (psf) per plot ratio (ppr). That trumped market expectations of a top offer between $1.24 billion and $1.51 billion, or $700 psf ppr to $850 psf ppr.
"The scale of the development provides an opportunity to develop a landmark project that could be an office and retail market leader in that locality, which is lacking in quality office and retail assets," said Mr Ong Teck Hui, national director of research and consultancy at JLL.
The top offer was ahead of five other developers, which had given a wide range of bids - a reflection of the "disparate readings" of the market outlook, experts said. 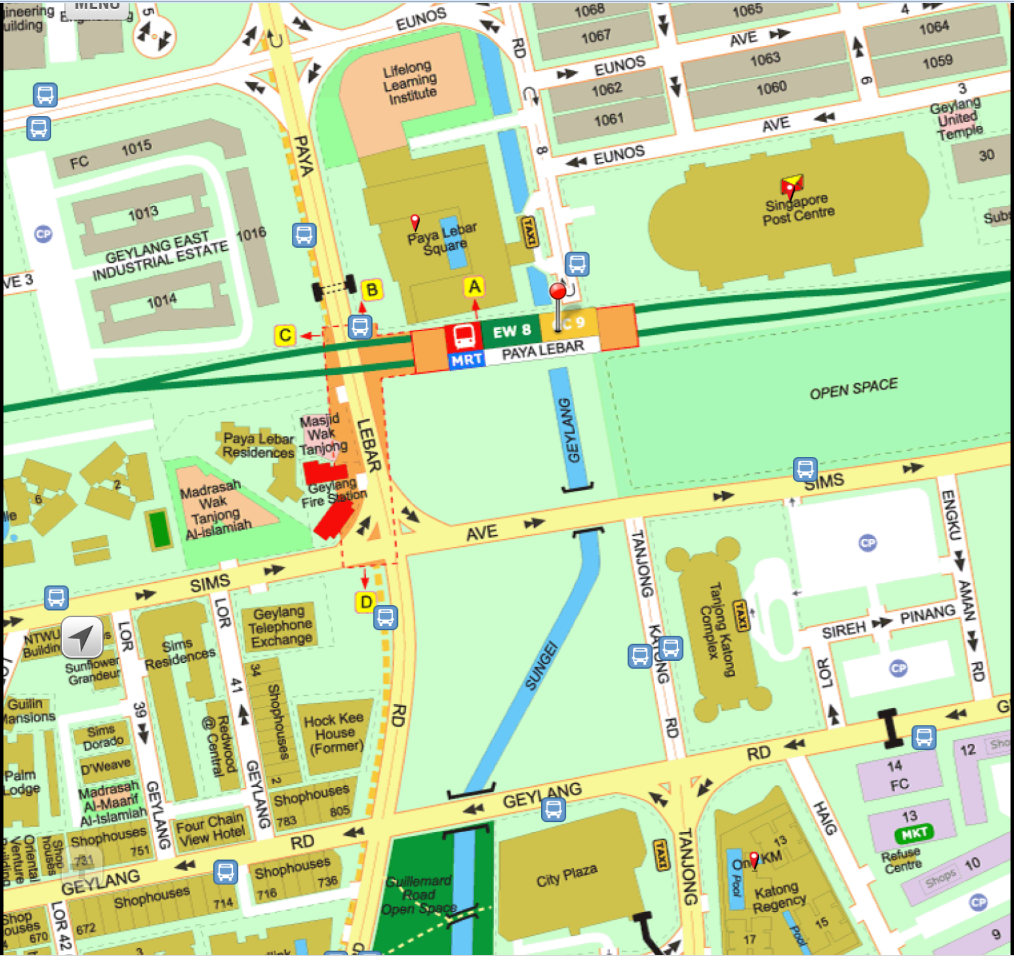 Lend Lease's offer was 8.8 per cent above the next highest offer of $1.54 billion - or $867 psf ppr - from a consortium comprising Singapore Press Holdings, Keppel Land and Hong Kong tycoon Li Ka Shing's CK Hutchison Holdings.
CapitaLand came in third with its offer of $1.21 billion, or $680 psf ppr, while Frasers Centrepoint was fourth with a $1.17 billion bid.
The prime parcel, comprising two plots separated by Sims Avenue, has a potential gross floor area (GFA) of 1.78 million sq ft.
Located above a canal, the project must have underground and elevated pedestrian networks connected to the Paya Lebar interchange and MRT station under Urban Redevelopment Authority (URA) requirements - all of which could add substantial costs.

Though the development could have up to 969,000 sq ft of GFA for offices, only five strata lots are allowed. A maximum of 419,800 sq ft could be used for shops and an additional 10,800 sq ft for an outdoor public plaza. The developer could also build 440 residential units or serviced residences.
UOL Group, which had offered a lone bid of $529.5 million for the site in July 2011, did not join the fray although the plot was a smaller 2.07ha then. It was rejected as it was deemed "too low".
In addition to its accessibility, the site faces Paya Lebar Road, Sims Avenue, Tanjong Katong Road and Geylang Road, providing "excellent frontage", said Mr Nicholas Mak, executive director at SLP International.
Though the developer will not be able to sell more than five lots of strata office units, the "premium quality" of the building will be preserved, added Ms Christine Li, research director at Cushman & Wakefield.
"This will likely attract listed companies and multinational corporations to establish their headquarters in the building."
The Straits Times / Money                               Published on Wednesday, 1 April 2015
By Cheryl Ong                                                 ocheryl@sph.com.sg