Prices of private homes slipped one percent in the first quarter of this year, marking
the sixth straight quarter of decline. ST Photo

PRICES of private homes slipped one per cent in the first quarter of this year, marking the sixth straight quarter of decline.
The quarterly fall was observed across all segments of the private residential market, according to Urban Redevelopment Authority (URA) first-quarter real estate data released on Friday. Prices of non-landed properties fell 0.4 per cent in the Core Central Region (CCR), 1.7 per cent in the Rest of Central Region (RCR) and 1.1 per cent in the Outside Central Region (OCR). Prices of landed properties slipped 0.9 per cent.
Overall rents of private homes also fell 1.7 per cent in the first quarter, with the decline seen across all segments.
Rents of non-landed properties in CCR fell the most, by 1.9 per cent, followed by those in OCR by 1.8 per cent, and those in RCR by 1.6 per cent. Rents of landed properties fell 1.2 per cent.
From the first quarter, URA is using a new index methodology that incorporates hedonic regression for the residential price and rental indices to better control for finer details of property attributes. The base periods of these indices have been changed from Q4 1998 to to Q1 2009.
In the first quarter, developers sold 1,311 private residential units (excluding executive condominiums or ECs), lower than the 1,376 units sold in the fourth quarter of 2014. Developers sold 326 EC units over the same period, significantly lower than the 1,113 units sold in the fourth quarter.
There were 1,250 resales, accounting for 47.1 per cent of all sale transactions, while the 94 sub-sales made up 3.5 per cent of all sale transactions in the first quarter. 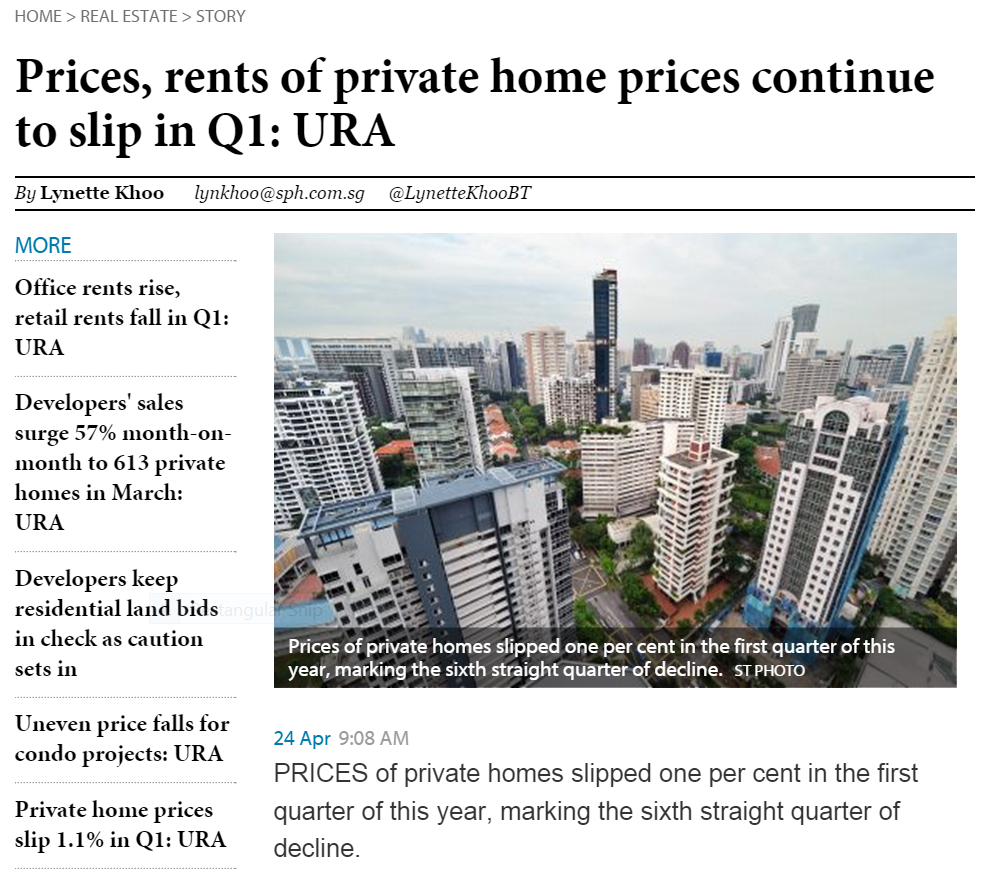