OWNERS of two recently completed strata office buildings are having problems finding tenants, with little relief in sight as more projects are set to come on stream.


Only about 10 per cent of 556 office units are occupied at Paya Lebar Square, which was completed in the fourth quarter of last year. 
Agents noted that asking rents for Paya Lebar Square started at $6.50 or $7 per sq ft (psf) per month but these have dropped. 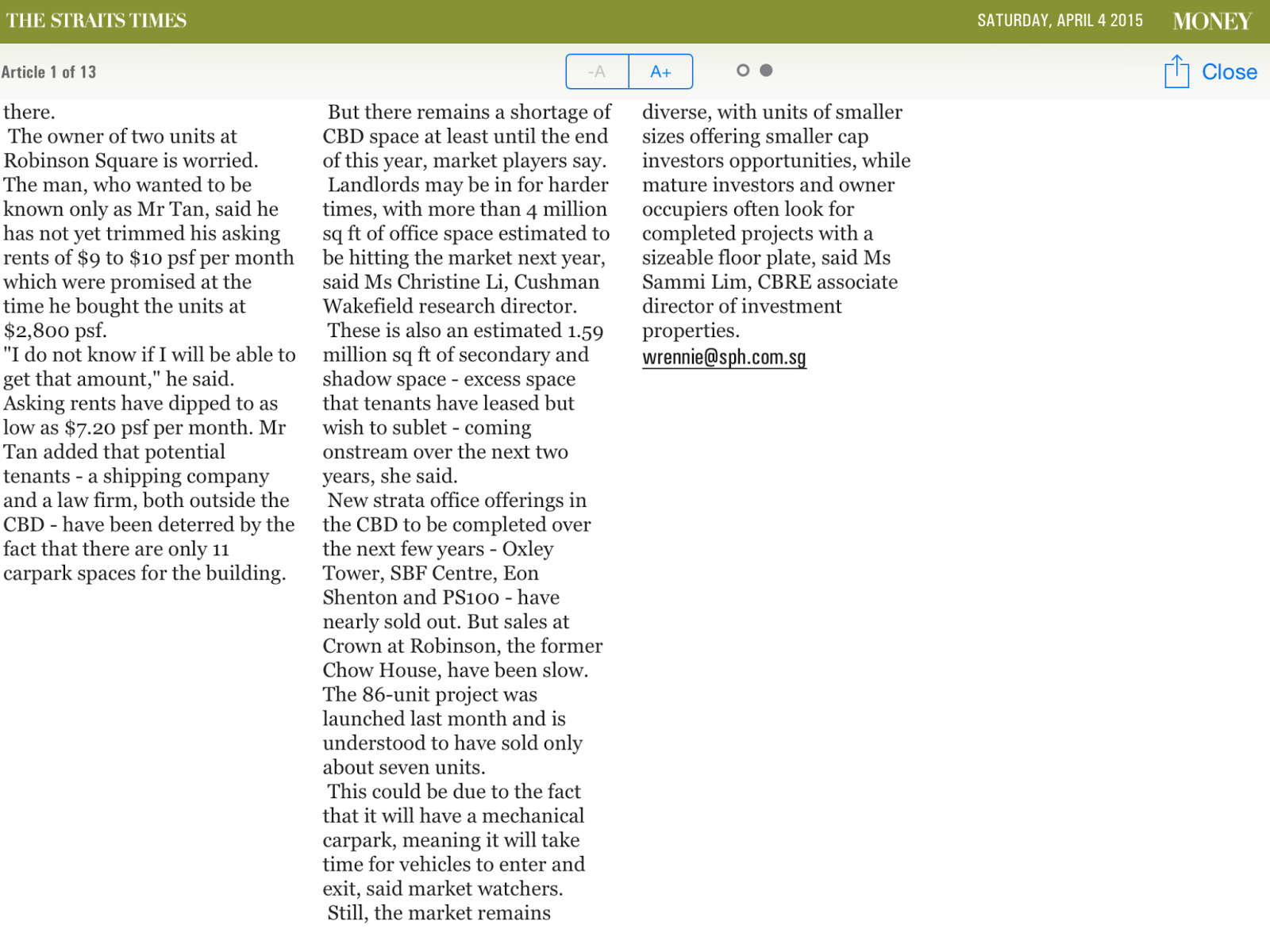 The median rent at the project over the past six months has been $5.87 psf per month for units from 480 sq ft to 43,000 sq ft or the space of an entire floor. This could drop to $5 psf per month, an agent said.


"Many owners have bought multiple units at Paya Lebar Square. They are very worried about the low take-up due to the high number of units," he said.


The development of Paya Lebar as a commercial hub has not quite taken off as there is no real industry supply chain to attract companies, said Century 21 chief executive Ku Swee Yong. 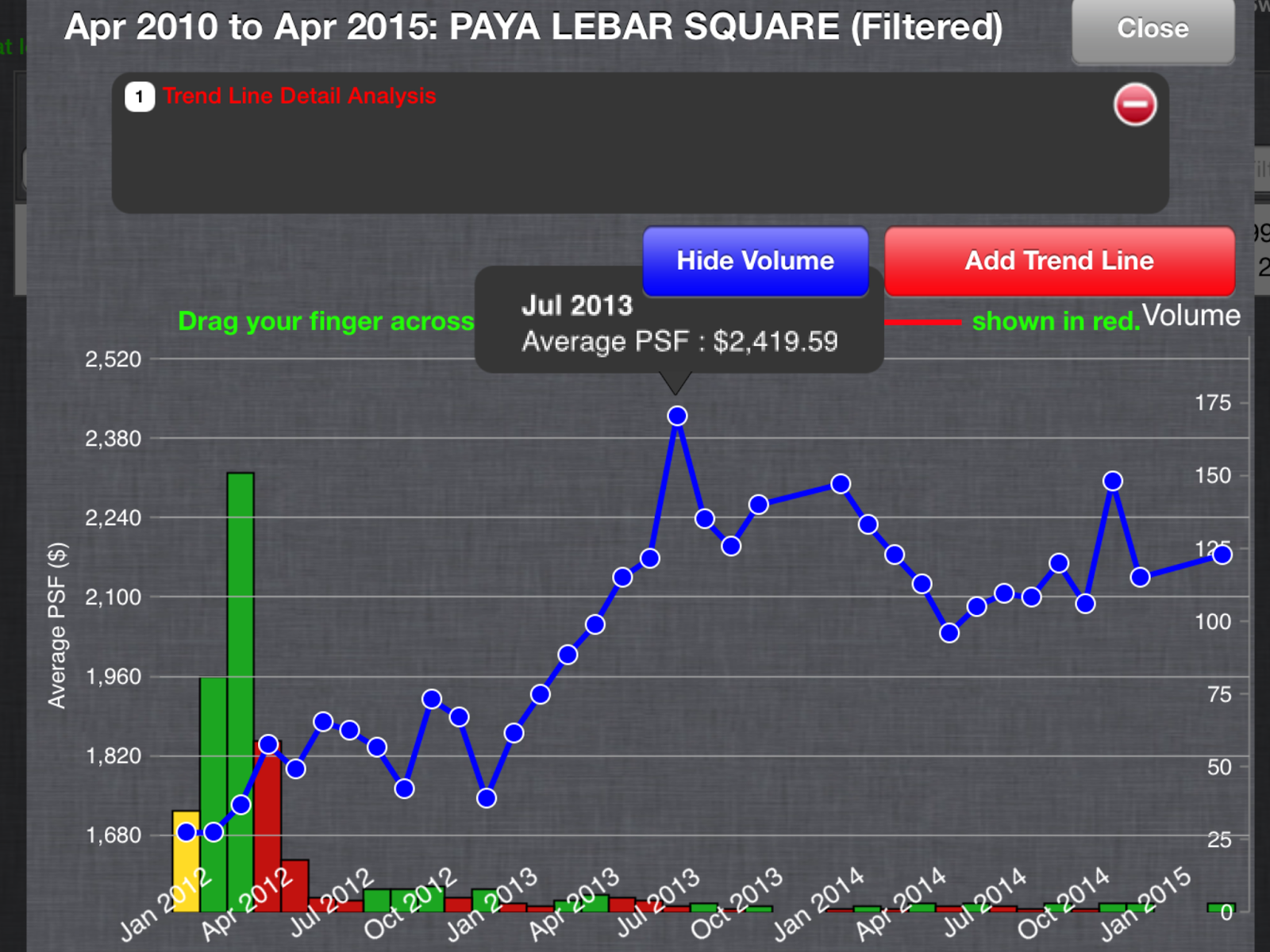 In Tampines, for example, its development as a commercial hub worked when many financial institutions opened large retail banking operations after the Central Provident Fund set up a service centre there.


The owner of two units at Robinson Square is worried. The man, who wanted to be known only as Mr Tan, said he has not yet trimmed his asking rents of $9 to $10 psf per month which were promised at the time he bought the units at $2,800 psf.


"I do not know if I will be able to get that amount," he said. Asking rents have dipped to as low as $7.20 psf per month. Mr Tan added that potential tenants - a shipping company and a law firm, both outside the CBD - have been deterred by the fact that there are only 11 carpark spaces for the building.

But there remains a shortage of CBD space at least until the end of this year, market players say.
Landlords may be in for harder times, with more than 4 million sq ft of office space estimated to be hitting the market next year, said Ms Christine Li, Cushman Wakefield research director. 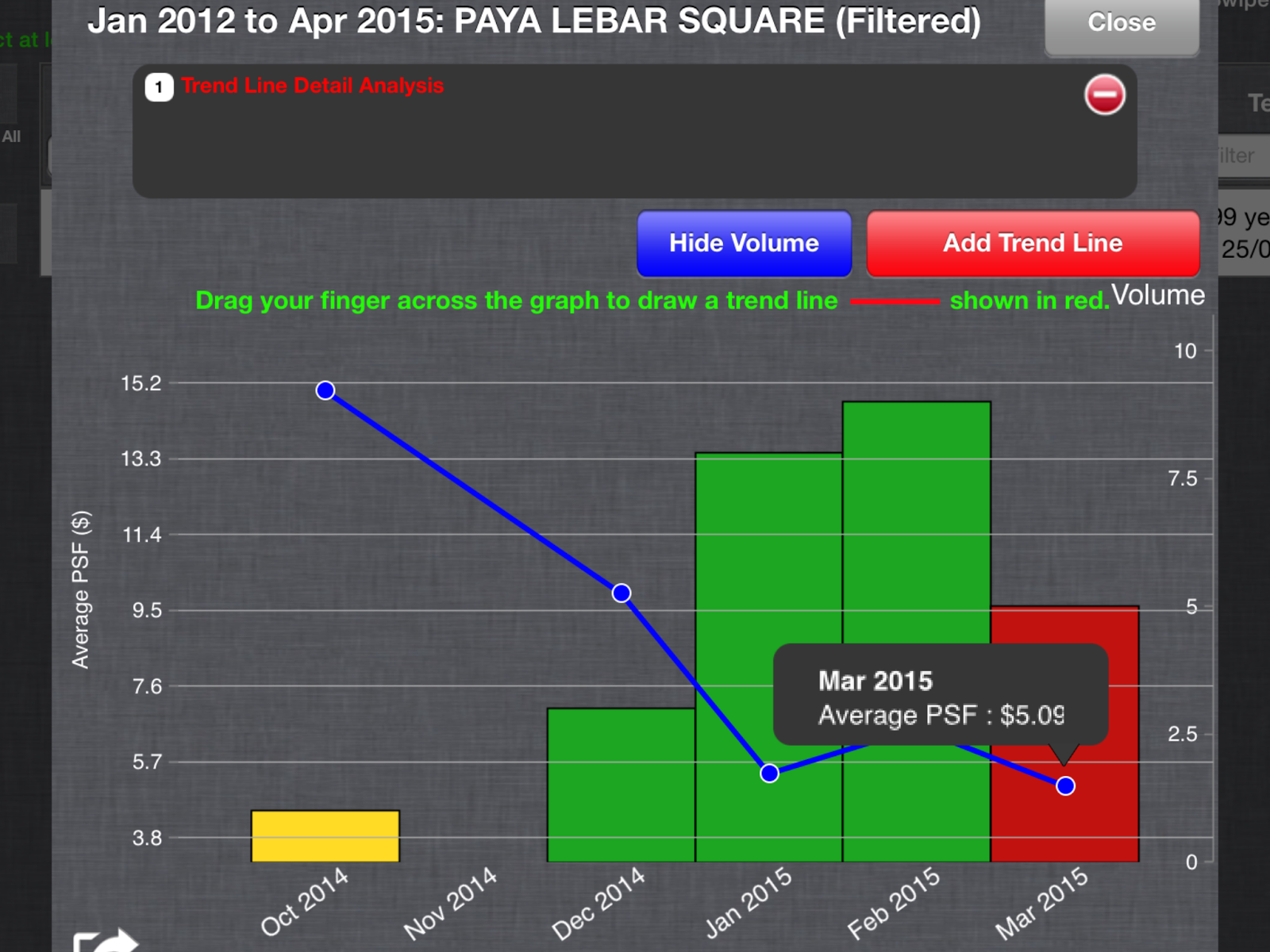 These is also an estimated 1.59 million sq ft of secondary and shadow space - excess space that tenants have leased but wish to sublet - coming onstream over the next two years, she said.

New strata office offerings in the CBD to be completed over the next few years - Oxley Tower, SBF Centre, Eon Shenton and PS100 - have nearly sold out. But sales at Crown at Robinson, the former Chow House, have been slow. The 86-unit project was launched last month and is understood to have sold only about seven units.

This could be due to the fact that it will have a mechanical carpark, meaning it will take time for vehicles to enter and exit, said market watchers.