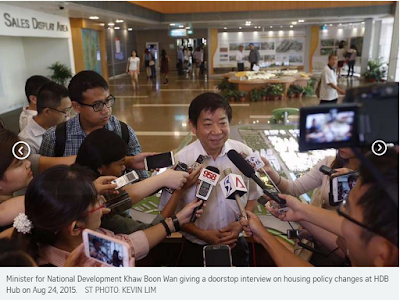 SINGAPORE - Those applying for new Housing Board flats need not worry about greater competition with the latest income ceiling raise, as supply can be adjusted when necessary, National Development Minister Khaw Boon Wan said on Monday (Aug 24).

"We have leverage over the supply, and we can always adjust the supply - expand and reduce as necessary," he said.
He was speaking to reporters at the HDB Hub in Toa Payoh and responding to concerns about whether the latest income ceiling raise would attract more buyers to apply for Build-to-Order flats.
From Monday, the income ceiling for citizen households to buy new flats and executive condomuniums will be raised by another $2,000, to $12,000 and $14,000 respectively.
Mr Khaw said: "I was not able to do this adjustment, say, three years ago, because that time we were still clearing the queue for the Build-to-Order flats.
"But now that we've cleared the queue largely, I think it's as good a time." 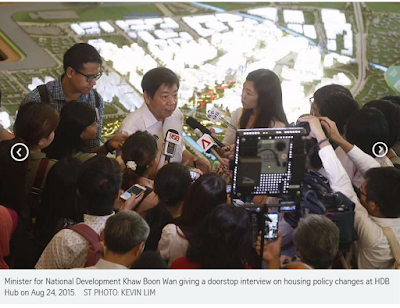 The minister also dismissed notions that the latest changest to housing policies were timed just ahead of the coming general election (GE).
"If you have been watching what we've been doing since I entered MND more than four years ago, we've been making adjustments, practically every year, because my objectives are quite clear: That home ownership is a very important part of the governance of Singapore.
"But as society evolves, salaries adjust, you need to adjust the polices as we go along," Mr Khaw said, adding that the focus shifts across different groups each time.
"So that is how I approach the problems. And has it got to do with GE? I could not care less when the GE is. But problems need to be resolved... We come up with the schemes, we announce them, we discuss them with Singaporeans first, and once I'm confident that those are practical schemes, I launch them as soon as we can do so." 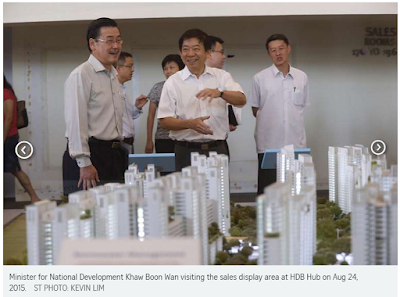 
Foundation laid for next generation neighbourhood centre in Punggol