Sembawang Park may not be known for its centrality, but residents like it for its serenity 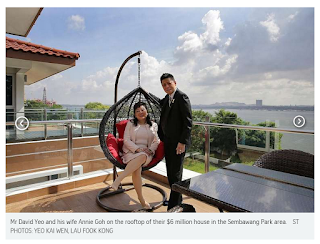 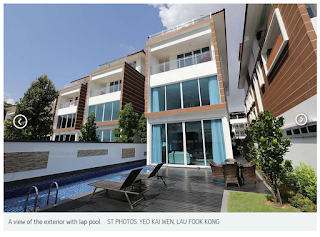 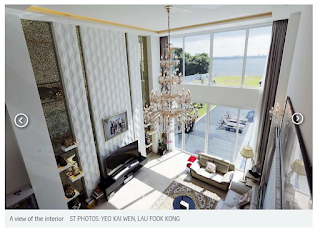 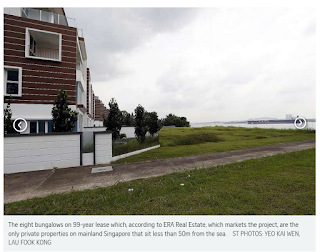 Service technician Chiang Chye Kee, 52, who grew up in a Sembawang kampung and now lives in Yishun, still goes to Sembawang Park every Saturday for a spot of fishing with friends.

"This park has been here since I was in school," Mr Chiang said in Mandarin. But not much else is the same in the neighbourhood, whose kampungs are all gone.
The Kampong Wak Hassan neighbourhood around Sembawang Park has been buzzing with property developments of late.
Despite being in District 27, far from traditionally popular areas, more people are moving in.
The Shoreline Residences, developed by Goodland Group; and Oasis @ Sembawang, developed by JBE Holdings, both received their temporary occupation permit (TOP) in 2013 and are fully sold. 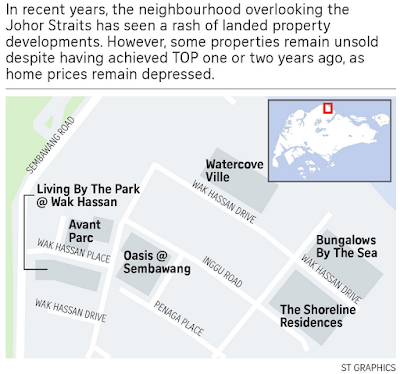 One project that has garnered attention is Fragrance Group's Bungalows By The Sea in Wak Hassan Drive, which also received its TOP in 2013. According to ERA Real Estate, which markets the project, the eight bungalows on 99-year lease are the only private properties on mainland Singapore that sit less than 50m from the sea.
Mr David Yeo, 53, and his wife Annie Goh, 47, moved into one of these $6 million homes in June. Their unit sits on a 5,468 sq ft plot, with a floor area of 9,753 sq ft. This works out to about $610 per sq ft (psf) for the built-up area and $1,078 psf for the land area.
Mr Yeo, who markets health supplements, first saw the property last December, and liked it so much that he bought it after only a month of negotiations.
Now, six months and $600,000 worth of renovations later, he has moved his household of 11 into the new property, with a Bentley and two Mercedes-Benz cars sitting in the driveway.
Yet when asked what he loves the most about the property, Mr Yeo brings up not its opulence, but the nature and the serenity around it.
"Every morning I can hear the birds and the waves," he said in Mandarin. "Who does not want to live by the sea? At night we have the best view, from the balcony."
The family's happiness is all the sweeter because until the move, home had been an HDB flat in Woodlands for 22 years, which they sold for $638,000.
The leap from public housing to a $6 million bungalow is remarkable, and it probably also helps to explain why Mr Yeo and Ms Goh are sociable in comparison with most of their neighbours, whom they describe as very private people.
The Yeo family's purchase, however, may be the exception in a subdued property market. Two of Fragrance's eight bungalows remain unsold.
Senior property agent Louis Yeap, whose team has been marketing Living By The Park @ Wak Hassan in nearby Wak Hassan Place for six months, told The Straits Times that none of the eight semi-detached houses developed by MCS Development has been sold, and only one has been rented out.
Mr Ong Teck Hui, national director of research and consultancy for JLL Singapore, said that between the recovery from the global financial crisis in 2009 and the introduction of property cooling measures in 2013, landed home prices rose 87.7 per cent and the coastal neighbourhood of Kampong Wak Hassan benefited from this trend.
"Despite it being a fairly remote location, there was no shortage of demand for landed homes during the market upturn," said Mr Ong, adding that new 99-year leasehold properties fetched about $1,400 psf at the market's peak. But prices in the area have fallen to between $1,100 and $1,200 psf, he said.
A drawback, however, is the area's relative inaccessibility by public transport. Mr Chiang has fond memories of the now-defunct Sembawang Road End Bus Terminal, the base for various services including the No. 167 bus. "There used to be a stall at the bus stop, selling Malay snacks," he said.
Now, however, it is quite inconvenient to visit the area. Just one service, SMRT's 882, loops through the estate to take residents to Sembawang MRT station.
Not surprisingly, the estate's residents are mainly nuclear and intergenerational families with cars.
For now, though, all these details are of no relevance to Mr Yeo, as he delights in his new home by the sea.
The Straits Times/ Business                        Published on Monday, 10 August 2015                              By Annabeth Leow and Jose Hong                                                                                                         It's a shore thing for these owners of seaside homes

Parliament: Ramp up in building of BTO flats has not compromised quality, says Desmond Lee
Please click the following for other Related Readings: