SINGAPORE - The new Two-room Flexi scheme for Housing Board flats will have lease options ranging from 15 to 45 years for older households. These options will come in five-year increments .
This option will be open to households aged 55 and above, "provided the chosen lease will be able to allow them and their spouse to live in the flat till age 95 or above", said National Development Minister Khaw Boon Wan in a blog post on Saturday.
The new scheme marries two existing ones - the studio apartment and the two-room flat schemes. Currently, studio apartments are meant for elderly home owners who have sold a previous flat to fund their retirement. These have a 30-year lease and are for those aged at least 55. Two-room flats come with a 99-year lease and are meant for families or singles. Both flat types come in 36 sq m or 45 sq m sizes, but studio apartments are cheaper owing to their shorter leases. 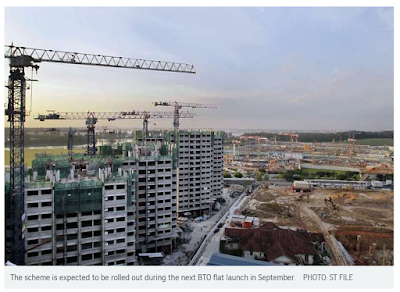