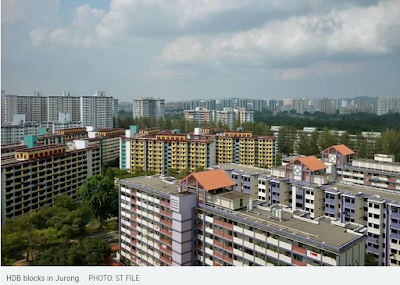 Home price data to signal weak market
Preliminary numbers that track performance of the residential market in the second quarter are scheduled to be released today.
The Urban Redevelopment Authority will disclose flash estimates - based predominantly on home transactions in the 10 weeks from April 1 - for the private property market, while the Housing Board will release its own flash estimates for deals involving public housing.
Protests expected in Hong Kong
Morale was unusually poor as thousands of Hong Kong residents geared up for a demonstration today to mark the 18th anniversary of the city's return to Chinese rule.
A veto last month of Beijing-backed electoral reforms may have pleased democracy activists, but it left the city's political progress in limbo. Protesters will call for a restart of political talks with Beijing, despite the warning that no negotiation would be entertained after a veto.
Marking 50 years of SAF
The Singapore Armed Forces will commemorate SAF Day today. This year's celebration is of added significance as it marks 50 years since the formation of the Republic's armed forces.
Prime Minister Lee Hsien Loong will attend an SAF50 parade at the Safti Military Institute, while NSmen and their employers will take part in four combined rededication ceremonies around Singapore.
The Straits Times/ Business                                               Published on Wednesday, 1 July 2015       What's next: Home price data to signal weak market


Eye on Holland Village : From kampong to bohemian enclave