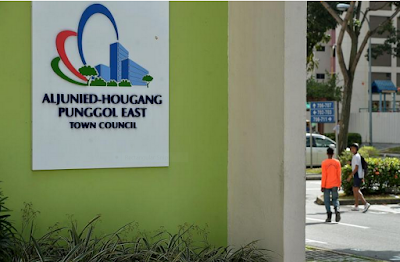 The Housing Board may be brought into a case involving the Workers' Party-run town council, if the Court of Appeal next month upholds a High Court decision not to appoint independent accountants to the town council.
This application, made on June 22, is still subject to the Court of Appeal granting permission for the HDB to be added as a co-plaintiff.
High Court Justice Quentin Loh had in May rejected the bid by the Ministry of National Development (MND) to appoint the accountants.
In doing so, he ruled that the law allows only the HDB or residents - and not MND - to take legal action against a town council if it fails to perform its duties.
MND's June 22 application to add the HDB as a co-plaintiff is in anticipation of two possible developments: that the Court of Appeal agrees that HDB and not MND is entitled to seek the court order; and that the sole reason the appeal to appoint the accountants fails is that MND is not the right party to initiate such action.
Lawyer Peter Low, who represents the Aljunied-Hougang-Punggol East Town Council (AHPETC), told The Straits Times after a closed-door hearing before Assistant Registrar Paul Chan yesterday that both sides will have to prepare and exchange submissions on this matter before the Court of Appeal hears the case on Aug 3.
A year-long special audit by the Auditor-General's Office found serious accounting and governance lapses at AHPETC, prompting MND to withhold two years of grants amounting to about $14 million.
MND applied in March for the High Court to appoint the independent accountants to oversee the grants, co-sign payments above $20,000, examine past payments at AHPETC and recover any losses.
While it failed in its bid at the High Court, MND applied for an expedited hearing before the Court of Appeal, saying that it otherwise could not disburse grants that it withheld, given the High Court's grim view of AHPETC's actions.
Justice Loh was critical of the state of AHPETC's accounts and the validity and propriety of payments made to related parties.
He also criticised the town council, saying it was a "travesty" that it ignored its duties and obligations to residents.