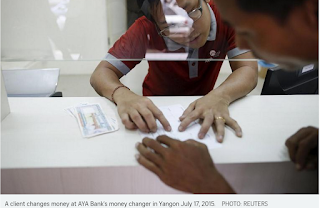 Tougher rules on bank lending in the Asia-Pacific region are forcing investors and property firms to turn elsewhere to secure funding.
Banks in the region have been hit on two fronts since the financial crisis: Global regulations such as the Basel III requirement have increased the level of capital they must hold, while local rules in markets such as Hong Kong, like caps on loan-to-value ratio and additional stamp duty, have belted their mortgage business.
As a result, bank lending for real estate has slowed in the Asia-Pacific region. Average annual growth fell from 15 per cent to 7 per cent between 2005 and last year.
The public bond market has been a prominent source of funding in emerging markets in the region. Last year, listed real estate companies issued US$33.9 billion (S$46.4 billion) in bonds, of which 84 per cent was done in China and South-east Asia, excluding Singapore.
Despite high yields of over 6 per cent, these bonds still remain cheaper than onshore bank loans.

However, borrowers such as non-listed small and medium-sized enterprises are unable to issue bonds, so private non-bank lenders have stepped in to fill the funding gap, according to a new CBRE report.
It said 31 per cent of property investors in the region are already in the private real estate debt market. In particular, private equity real estate funds have been active in emerging markets in Asia.
They finance developments for high yields and short investment terms through methods such as mezzanine financing, where the lender can convert to an equity interest if the loan is not repaid.
In more mature markets, said CBRE, borrowers' demand for long-term loans offers non-bank lenders the opportunity to engage in senior loans, or loans that take priority in repayment.
CBRE considered this to be most viable in Australia. Similarly, Hong Kong's stricter requirements have led to insurance companies, private real estate funds and family offices replacing banks in providing financing.
But the room for non-bank lenders in other mature markets such as Japan and Singapore is restricted by the dominance of domestic banks.
Executive director Nick Crockett, who leads CBRE's capital advisers team in the Asia-Pacific, said: "The funding gap is more evident in countries with robust development pipelines constrained by formal lending institutions."
Although debt investment opportunities look to be aplenty in the region, especially in emerging markets, CBRE warned that practical challenges such as structuring and due diligence, as well as licensing regulations, could still stymie new entrants in mature and emerging markets alike.


The men behind the $31m Bukit Batok coffeeshop deal