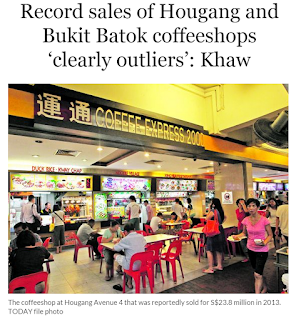 SINGAPORE — There were 32 resale transactions involving coffeeshops in the past five and a half years, with 10 pricing below S$5 million, 12 between S$5 and S$10 million, and eight between S$10 and S$15 million.
Minister for National Development Khaw Boon Wan shared these figures today (July 14) in Parliament in response to a question filed by Non-constituency Member of Parliament Gerald Giam. He had asked whether the Government was concerned with the record sale price of S$31 million for a coffee shop in Bukit Batok, and whether authorities are mitigating the impact of such high transactions on stall rentals and food prices.
The record sale of the Bukit Batok Street 11 coffeeshop hit headlines last month, with tenants reporting that their rental agreements with the new landlord had risen at least 10 per cent.
The sale beats the previous record set in 2013 for a coffee shop in Hougang Avenue 4, which was sold for S$23.8 million.
Mr Khaw said the transactions at Hougang and Bukit Batok “were clearly outliers” and were market transactions between private entities. 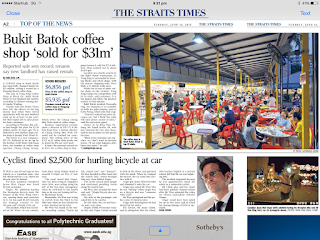